27 June 2019 — Cosmin CONCEATU
According to The Estonian Insurance Association (EKsL), 13 000 property claims arise over the course of an average year in Estonia. Of this number, about 11 000 are home insurance claims. Insurance companies in Estonia pay around EUR 28 million every year for property claims.

The value of the claims increased in the past 5 years. While the total recorded claim value in 2014 was around EUR 32.9 million, the claims volume increased to EUR 45.5 million in 2018 (+38% change). The underwriting performance improved in this period, insurers managing to increase the property insurance premiums volume by almost 91%, property insurance premiums reaching an overall volume of EUR 130.2 million at the end of 2018. 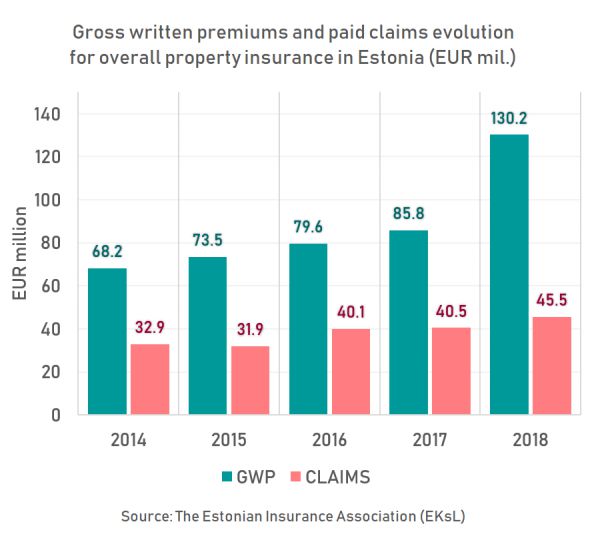 EKsL says that around 400 cases of theft and vandalism occur in Estonian homes every year. Theft/vandalism are ranked third place based on resulted loss in the property segment. The most common risks for Estonian properties comes from natural disasters and pipe leaking, where insurers pay the highest indemnities.

According to EKsL data, nearly 60% of homes in Estonia are insured.

ESTONIA: Motor insurers may save billions thanks to the DriveX technology