Turkey: There is a need of a single law for the Turkish insurance industry

28 April 2021 — Alexandra GUZUN
The Turkish insurance industry is covered by different pieces of legislation which need to be unified in a single law, Fahri ALTINGOZ, Chairman of the Turkish Insurance Practitioners Association stated. Insurance companies are now waiting for the government to draw up the unified insurance act. 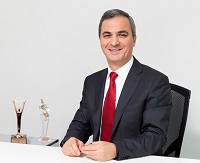 Mr. Fahri ALTINGOZ explained that having a single law for the insurance industry will facilitate the development of the insurance sector and "it would be a more correct and realistic solution to compile the insurance legislation in a single and comprehensive Act and to empower a single public authority to ensure coordination between the different provisions of the legislation."

The principal law that governs the insurance contracts in Turkey is the Turkish Commercial Code (TCC). According to Mr. ALTINGOZ, other examples of separate pieces of legislation that currently govern the insurance industry are:

Mr. ALTINGOZ also stated that since 2007 when was adopted the Insurance Law, there are separate pieces of legislation for the activities in insurance industry (eg. brokers, loss adjusters, etc.) and different types of insurance (eg. life insurance, reinsurance, etc).

STATISTICS: Turkey, Q1 2022: Insurers' business expanded by 70% in Turkish Lira and by only 2% in Euro due to the local currency's depreciation

TURKEY: Insurance supervision sets up a mechanism for insuring sea vessels and aircrafts operating the routes to Ukraine and Russia