19 February 2020 — Cosmin CONCEATU
According to the statistics of the Estonian Motor Insurance Bureau (LKF), in 2019, the average annual premium for motor third party liability (MTPL) insurance was EUR 134, decreasing by EUR 8 (-5%) year-on-year.

Mart Jesse, the head of the motor insurance fund, said that last year the competition within the market led to a decline in motor insurance prices, being reflected in the overall insurance sector evolution as well: 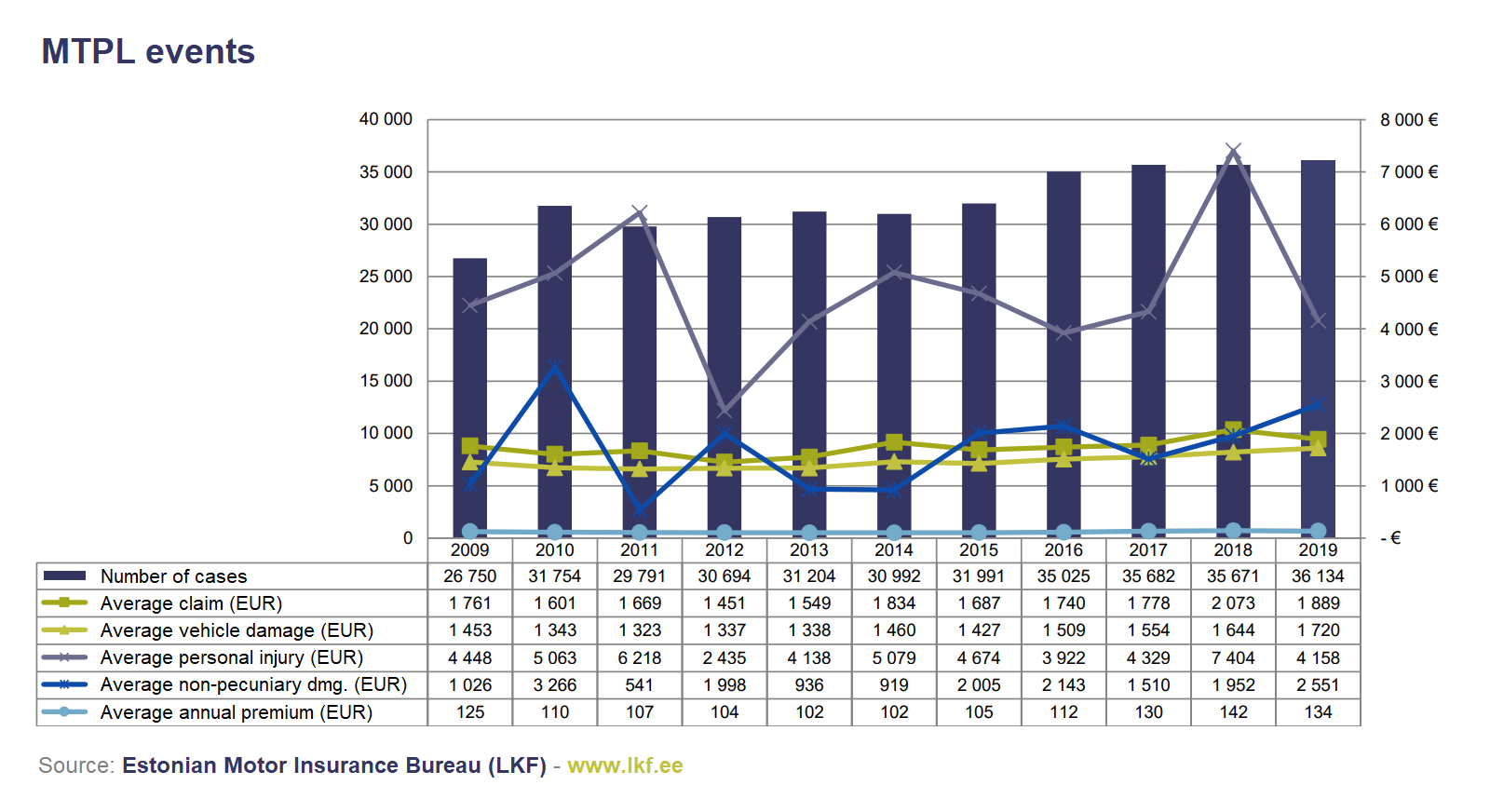 According to Jesse, last year was a good year for consumers and insurers:

"While prices took a downward turn, the motor insurance market remained profitable for the second year in the row. At the same time, nobody can be glad with the general development of traffic. While the number of road accidents declined over the past years, the decline was replaced by a one percent increase in 2019." 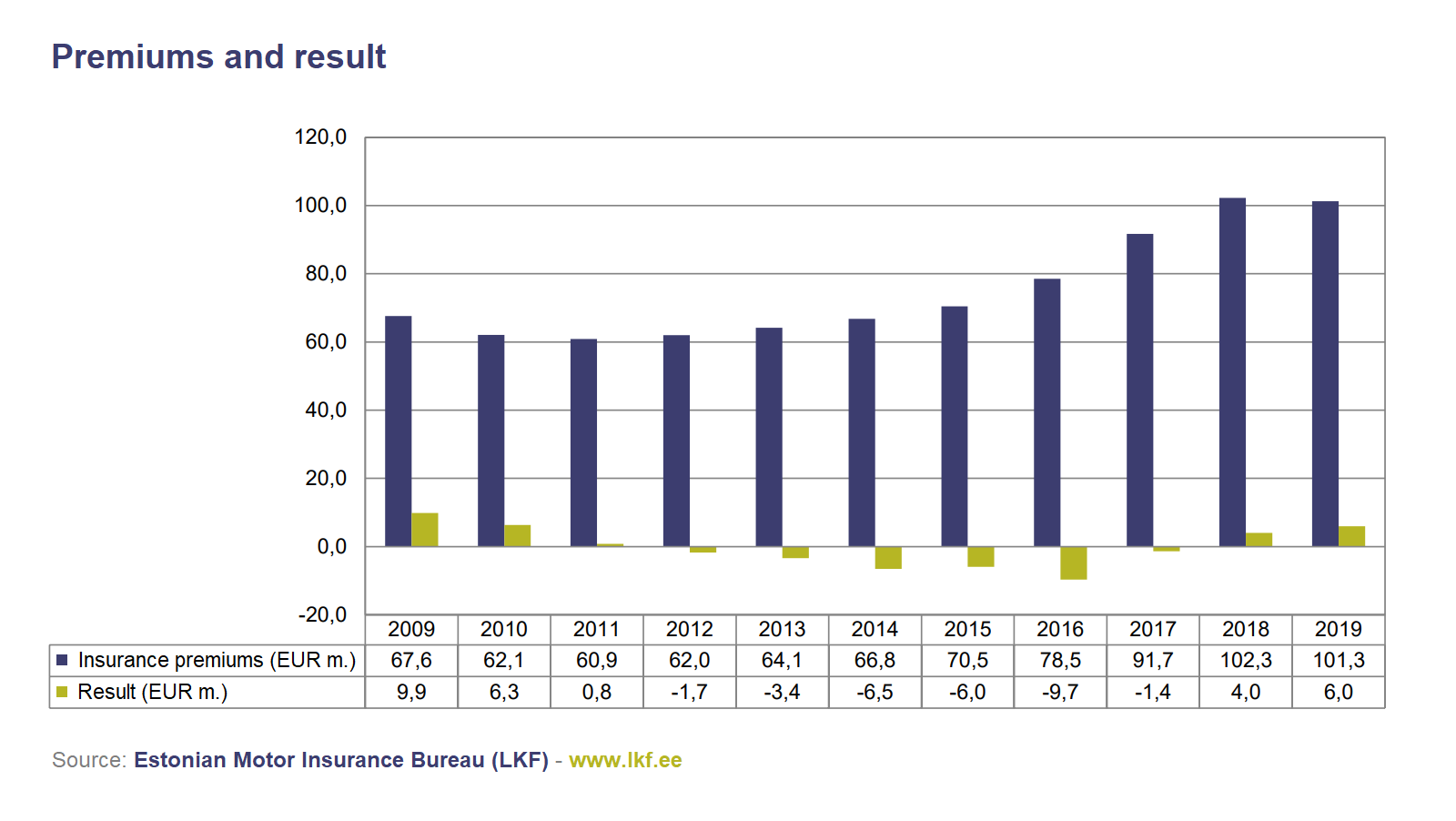 At the end of 2019, the number of vehicles with insurance obligation was 856,680, about 745,500 being insured with an MTPL insurance contract. The number of the insured clients, as well as the number insured vehicles increased year-on-year, staying on the upward trend seen in the past decade. 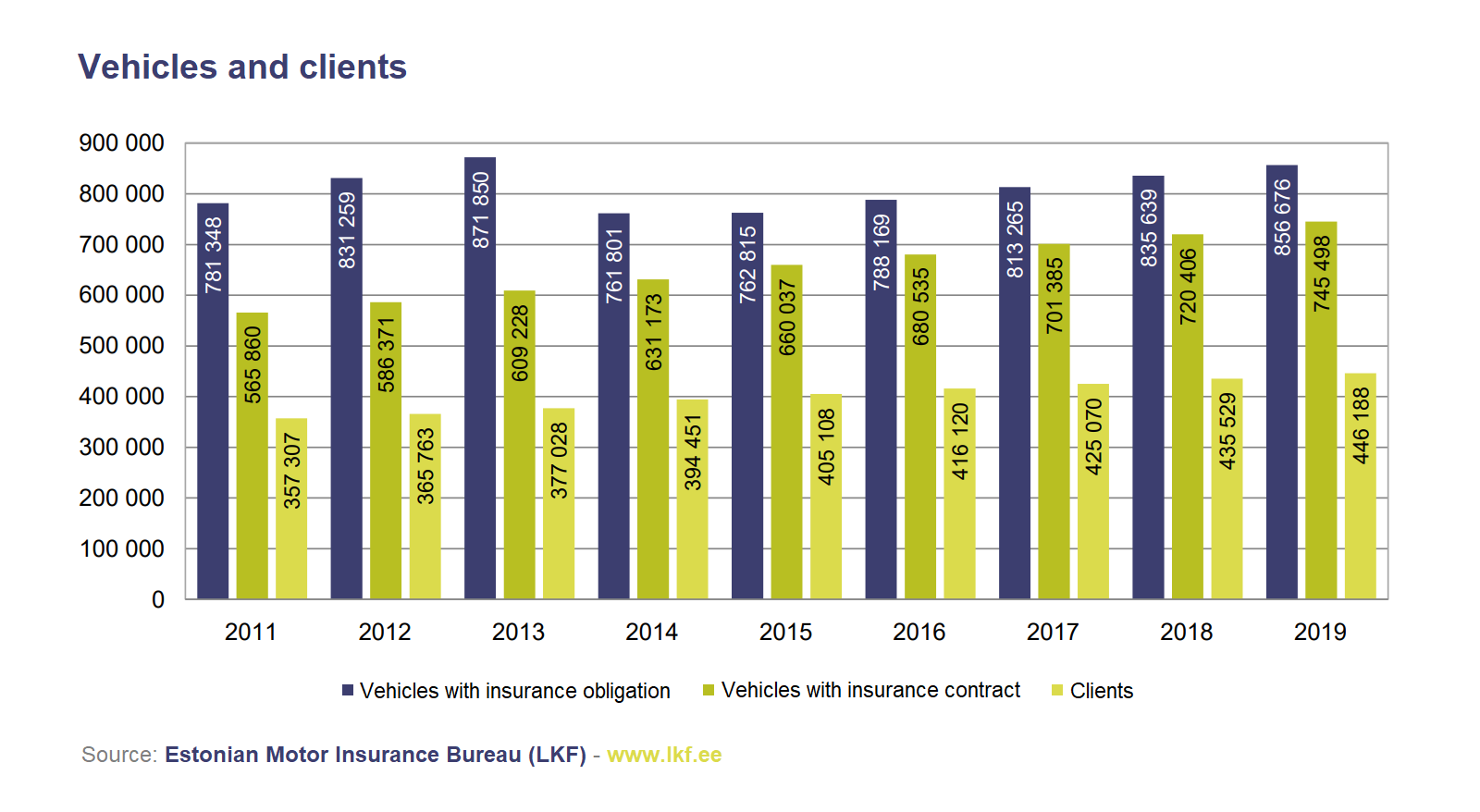 During 2019, 11 insurance companies were members of LKF. At the end of 2019, the MTPL market ranking remained almost unchanged when compared to 2018, with ERGO (21% market share), PZU (16%) and If (14%) being the TOP-3 MTPL insurers. While most of the insurers' trendlines remained almost flat, If and Swedbank trends seemed to make a castling move, with Swedbank increasing its market share to 12% while If continuing to reduce its MTPL weight at the end of 2019. 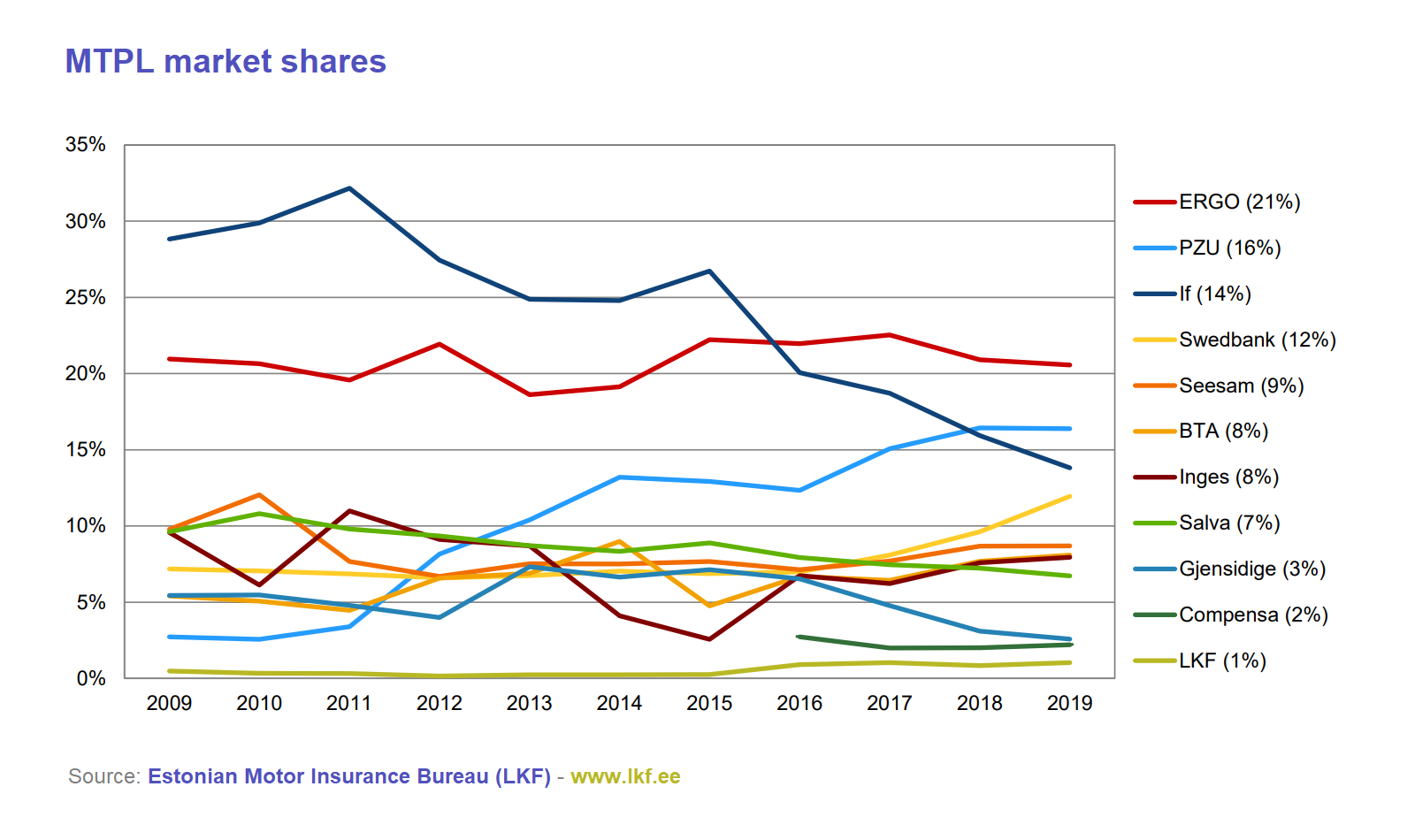 Estonia: February 23, 2021, the day with the most reported traffic accidents in the past eight years

Estonia: COVID-19 and the mild winter reduced the number of traffic accidents and the MTPL tarrifs