Out of this total, half million claims relate to property insurance, totaling compensations worth EUR 600 million, while about 40,000 motor insurance claims are adding to this cost about EUR 75 million. 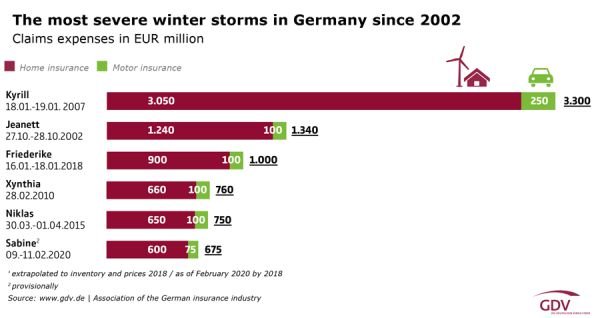 In Germany, losses from natural hazards totaled EUR 3.2 billion in 2019, an amount fairly close to the one recorded in 2018 and below the long-term average of around EUR 3.7 billion.

One week to the 2021 edition of Georgian International Insurance Conference; see who are the speakers and what editorial premiere is in preparation

A package of 10.2% shares of MOLDASIG is put up for auction by Banca de Economii