In the midst of the COVID-19 pandemic situation, the financial performance of the insurance sector in Kosovo remained stable in the face of declining premium income and renewable contracts. (...) Nevertheless, during the first half of 2020, the insurance market registered a profit of EUR 5.7 million, a welcomed improvement from a loss of EUR 3.7 million recorded in the same period of last year.

XPRIMM: What is your view over how the insurance market has evolved during the first half of 2020? 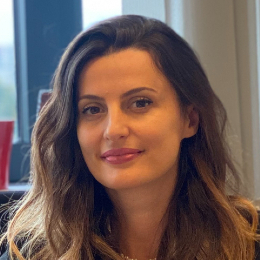 Ramize Ramadani: Kosovo insurance market remains underdeveloped with a relatively large untapped potential for growth and development. As of the end of 2019, the ratio of premium per capital was EUR 55.2 while the insurance penetration rate (insurance premiums to GDP) was only 1.4%.

At the end of the first half of 2020, the total assets of the insurance market amounted to EUR 208.6 million, which represents an annual increase of 9.8%. The Kosovo insurance market is mainly driven by non-life insurance, which amounts 91% of the total assets of which almost half is foreign owned capital. The life-insurance sector participation remains below the double-digit threshold and consists of foreign owned life insurers.

In the midst of the COVID-19 pandemic situation, the financial performance of the insurance sector in Kosovo remained stable in the face of declining premium income and renewable contracts. The total amount of the gross premium written at June 2020 reached a total of EUR 45.4 million, which marks an annual decrease of 4.1%, whereas the amount of gross claims paid were similar the previous year.

Nevertheless, during the first half of 2020, the insurance market registered a profit of EUR 5.7 million, a welcomed improvement from a loss of EUR 3.7 million recorded in the same period of last year. The improvement in the financial performance is also reflected in the combined ratio, of which at the end of the first half of 2020 stood at 88.5% vs. 106.1% in the previous period of 2019.

XPRIMM: How did the Coronavirus crisis impact on the performance of the market? How did the insurers respond to this situation? What were the challenges and victories?
R.R.: Even though the financial performance of the insurance market throughout the COVID-19 pandemic has been stable and improved in comparison to the previous year, the lockdown had a significant negative impact on the demand for insurance products in Kosovo.

The non-life insurance sector, as the key source of revenue in the insurance market, recorded 27.1% less insurance contracts compared to previous year. The most affected line of business was the compulsory motor third liability insurance in both domestic and border insurance, where during January-June 2020 a total of 10.7% less contracts in domestic motor third party liability, and 45.7% less contracts in border insurance were issued, compared to previous year. Similarly, the health insurance also suffered significantly from the pandemic, registering 42.3% contracts less than in 2019. The decreasing amount in the premium income and collecting payments from the insured has posed a big challenge in maintaining credit, as well as underwriting risk for insurers.

To alleviate the negative impact of the pandemic situation, the CBK, as a supervisory body, has taken certain measures as per IAIS recommendations. Taking into consideration the difficulties the insurers faced during this period, initially we extended the submission deadlines of the financial results. Likewise, we also requested from the insurers to prepare continuous improvement plans regarding the actions they will undertake in maintaining capital and liquidity indicators, and procedures of treatment, including claim payments. The CBK has also decided to temporarily reduce the border insurance premium by 35%, where the Government of Kosovo is covering the premium of the border insurance for all compatriots and foreigners entering the territory of the Republic of Kosovo.

XPRIMM: Were there any important legislative changes made regarding the insurance market in 2020? Is the Central Bank of Kosovo preparing new changes to this legal framework?
R.R.: The major legislative change during 2020 was the introduction of the new corporate income tax law, which changed the basis and rate of taxation of insurance companies, from a 5% tax levied on gross premiums to a 10% tax on taxable income. This had a positive effect on the performance of the sector as a whole. Currently, we are in process of revising the law on MTPL.

In addition, the regulation on corporate governance and the new amended regulation on bonus-malus system were also introduced by the CBK during the same year.

It is worth mentioning that during 2019, the CBK has reviewed the MTPL tariffs by increasing them by 26% in line with inflation. These tariffs have never seen any kind of revision whatsoever since 1999.

XPRIMM: During January-June 2020, the property insurance classes increased by 51.7% and 4.6% respectively. Is the population more interested in property insurance lately? Are they more aware of NatCat risks?
R.R.: Property insurance remains small with only 7.9% in total portfolio of gross premium written in non-life insurance. Most of the written premium for property insurance comprises from international companies, or is generated through public tenders, while the demand from individuals and homeowners remains relatively small, even for catastrophe insurance.

XPRIMM: Did the insurance market recently experience some relevant structural changes (M&As, new entries on the market, exits etc.)?
R.R.: During 2020, there were no structural changes in the insurance market in Kosovo. Nonetheless, in 2019, the CBK revoked the license of one non-life insurer in the local market that faced financial difficulties in fulfilling necessary legal requirements of the CBK on capital adequacy and solvency. In 2017, the CBK approved the transfer of portfolio of one life insurer to another in the local market, and revoked the license of one life insurer subsequent to the approval of its voluntary liquidation.

XPRIMM: What are your prospects about the short-term and medium-term evolution of the local insurance market?
R.R.: We, as the regulatory and supervisory authority, are constantly working on catalyzing the growth and development of insurance sector with focus on non-compulsory insurance products.

Taking into consideration the consequences of potential floods and earthquakes, in the medium-term we are considering taking necessary policy measures to boost the demand for natural disasters insurance coverage. Such measures may include:
In the short and medium-term, we are planning to take concrete action on reducing the number of uninsured vehicles, which remains a major concern within the insurance market in Kosovo. Cooperation with relevant institutions and awareness raising campaigns on uninsured vehicles is imperative.
In terms of strengthening supervision, during 2020 we worked closely with international financial institutions to define our operational and strategic objectives, which foresee a gradual alignment of revised laws and regulations with the EU regulatory requirements, increasing actuarial capacities, and a roadmap to solvency II regime.
XPRIMM: Thank you for your time!
About CBK

MOLDOVA: ASTERRA GRUP's evolution remains stable and sound, despite the momentary lack of compliance with the latest regulations on assets investment structure

BELARUS: from January to November 2020, the insurance market expanded by 8.8% y-o-y