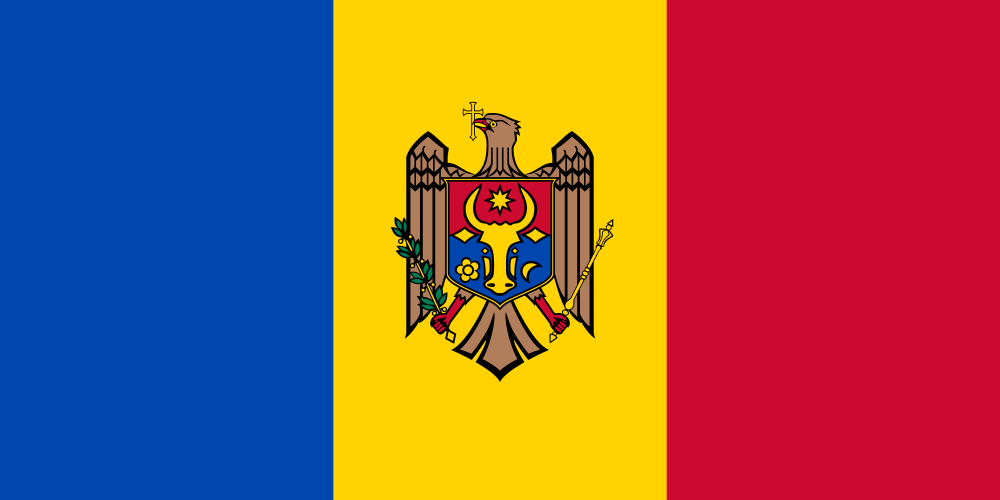 Emma TABARTA, NBM: 4 of the 14 commercial banks in the Republic of Moldova have a bancassurance license

At the moment, 4 of the 14 commercial banks in the Republic of Moldova have a bancassurance license, Emma TABARTA, Deputy Governor, National Bank of Moldova, declared during the National Bancassurance Conference, which took place in Chisinau on November 15. "In the Republic of Moldova, the bacnassurance concept is a novelty. Until 2012, this word did not even exist in the legislation, and the notion was introduced after some regulatory changes. In my opinion, the banking segment is prepared for this new activity", Emma TABARTA pointed out.

In the first 9 months of 2013, the Moldavian insurance market increased by 11%

At the end of September 2013, the gross premiums written by the 16 insurance companies activating on the Moldavian market totaled EUR 53 million, according to financial data published by the national supervisory authority, 10.9% more that the GWP reported after the third quarter of 2012. These results were influenced by a growth of more than 11% on the non-life insurance segment and a 7.6% increase of underwritings on the life segment. The insurance companies paid EUR 19.5 million in claims, 19.2% more compared to January-September 2012.

The Moldavian insurers in 1H2013 wrote premiums worth MDL 571.5 million (EUR 35.4 million, 14% more than a year earlier, according to the preliminary financial data centralized by the National Commission for Financial Markets (NCFM). Also, the companies have paid claims totaling MDL 196.6 million (EUR 12.2 million), 5% up y-o-y.

MOLDOVA: Insurers ended the year 2012 with a business volume of EUR 70 million

For the second consecutive year, the Moldovan insurance market reported a business volume exceeding one billion MDL. Thus, GWP amounted to MDL 1.09 billion (EUR 69.9 million), an increase of over 8% compared with December 2011, as shows the preliminary data gathered by the market's supervisory authority. In European currency, the insurance market grew by over 13%, statistically helped by the Moldovan currency appreciation related to the euro.

Vladimir STIRBU: "From the 1st of February, MTPL and Green Card insurance policies will be issued online. Those with claims will pay up to two times and half more."

From the 1st February, the compulsory MTPL and Green Card insurance policies will be issued only in electronic form, according to the decision taken by the Supervisory Authorities of Moldova. Discussions for the implementation of such a system began in 2009 due to several delays provoked by technical and institutional aspects. According to Vladimir STIRBU, General Director of the Insurance Supervisory Authority of CNPF, the processing of an insurance contract in normal conditions takes about one minute. Also, those who buy the MTPL insurance policy will pay according to their risk profile which will be determined by the number of accidents they produced over the previous year.

The first nine months of this year marked for Moldavian insurance market, a total volume of gross written premiums of MDL 785.5 MDL (EUR 50.9 million), up 5.3% compared with January-September 2011 - according to preliminary data centralized by the National Commission of Financial Market (NCFM).

The combined gross profit of Moldovan insurance companies rose to 25.36 million lei (USD 2.03 million/ EUR 1.6 million euro) in the first half of 2012 from 20.63 million lei a year earlier, the country's securities commission, CNPF, said on Tuesday.

Russian insurance group ROSGOSSTRAKH left the insurance market of the Republic of Moldova by selling its majority share of 80% to local insurance company MOLDASIG. The deal was realized by selling the shares through stock exchange in five transactions to foreign interest companies. Total value was of MDL 194.73 million, an equivalent of EUR 12.8 million. Selling price of a single MOLDASIG share with a nominal value of MDL 100 was at MDL 410.92 according to information published by the stock exchange market of Moldova in 25th of July 2012.

The insurance market of the Republic of Moldova accounted for the first six months of 2012 to a total of MDL 501 million in underwritings, 7.5% more than the same period of 2011, as the figures recently published by the National Commission of Financial Markets (NCFM) show. In European currency, the business volume of the Moldavian insurers reached EUR 32.5 million, an increase by EUR 4.5 million compared to 1H2011. Also, paid claims by insurance companies totalized MDL 187 million (EUR 12.2 million), 8.3% more than the year before.

MDL 234 million (EUR 15 million) wrote in premiums the Moldavian insurers in 1Q2012, 9.4% more than a year earlier, according to the financial data centralized by the National Commission of Financial Market (NCFM). In the same time, claims reached MDL 107.5 million (EUR 6.9 million), a 20% increase in comparison to 1Q2011.

The Parliament has decided to build up the amount of insurance benefits on cars insured in case of their damaging.

MDL 222 million (EUR 14.3 million) wrote in premiums the Moldavian insurers in 1Q2012, 4.6% more than a year earlier, according to the preliminary financial data centralized by the National Commission of Financial Market (NCFM). MTPL insurance generated MDL 45.9 million in premiums (3.3% less than last year), or 20.7% of the market. At the same time, Green Card totalized MDL 47.3 million (12% less), equivalent of 21.3% of the total market.

MOLDOVA, FY2011: Mediation market is heading towards 30% of the insurance market

MDL 297.6 million (EUR 18.2 million) was the volume of gross written premiums of insurance brokers in Moldova last year, show the financial indicators published by the Supervisory Authority. Compared to 2010, the mediation market increased over 40%.

MDL one billion (EUR 61.6 million) wrote in premiums the Moldavian insurers in 2011, 10% more than a year earlier, according to the final financial data centralized by the National Commission of Financial Market (NCFM). Claims reached MDL 348.4 million (EUR 21.3 million), an 8% increase in comparison to previous year. "Last year, the share of insurance market in GDP was 1.3%. If this indicator will reach 3%, as in developed countries, it is clear that doubling the market (MDL 2 billion) is a possibility for the next years", said Vladimir STIRBU, Director of Insurance Department of NCFM.

The Moldavian Information System is on trial

One of the major challenges that the Chisinau supervision authority must face in 2012 is the completion of the informatic system for MTPL policies: "As far as the implementation process goes, we wish we could have used the electronic issuing system from a while back, but the context didn't allow it", declared Vladimir STIRBU.

Artur GHERMAN, CNPF: The Supervision Authority is aware of the MTPL insurance' importance for the market

The second edition of the Seminary dedicated to the motor insurance sector took place at Chisinau, on the 2nd of April, 2012. The event was organized by Media XPRIMM, together with the Moldavian supervision authority - CNPF - The National Commission of the Financial Market. "The organization of this seminary is welcomed and extremely important in the context of the quantitative and qualitative transformations that take place on the Moldavian insurance market: exceeding the threshold of MDL 1 billion for the premiums volume, continuously consolidating the companies, implementing the electronic issuing system and, in general, adjusting the current legislation to the European aquis by implementing the best European standards and practices", observed Artur GHERMAN, Vicepresident of CNPF.

The claims value will increase considerably

According to Pavel CATER, the President of BNAA - The National Bureau of Motor Insurers in the Republic of Moldova, in the last 5 years, the insurers paid only 60% of the real value of MTPL claims, because of the ageing factor. Thus, after the 6th of April 2012, "the average claim value will increase. We will have more expensive claims to pay. What is the solution? The only possible source is the increase of premiums. The current rates are calculated based on statistics from 2002-2008. We believe that claims will increase considerably, by 40%. Still, taking into account the increase of the services' quality, the rates should also increase", explained Pavel CATER.

According to The Supervision Authority in Chisinau, the eight company members of UAM - The Union of Moldavian Insurers, have proposed the postponement or the extension of the waiver regarding the application of stipulations concerning the elimination of the wear coefficient by three years: "This motion made by UAM members is still in discussion at the highest level - The Parliamentary Commission. If it is not approved, CNPF believes that the insurers can survive this reform without losses", explained Vladimir STIRBU, Director, The Supervision Division, CNPF.